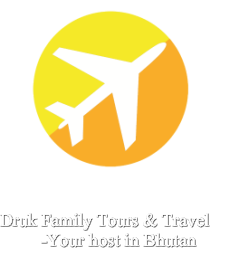 Bhutan, or Druk Yul (the land of thunder dragon) as known to its own people, is a small, Himalayan kingdom landlocked between the two Asian giants-China to the north and India to the south, west and east. Its total area is 38,394 square kilometers.

Earlier in the ancient times, Bhutan was known with different names. These names were basically an indication of how Tibet viewed Bhutan as in their own ways. Certain archeological discoveries reveal that Bhutan was inhabited 4000 years ago. However, recorded documents were lost to several calamities in the past.

Until the 17th century, Bhutan was not unified under a central authority. The country was divided into regions which were ruled by local chieftains. Often, these rulers came to clash with each other in quest for power and control. Civil strife and unrest is a past not unknown to this now peaceful kingdom.

The great Buddhist saint, Padma Sambhava, also known as Guru Rinpoche (precious master), travelled to Bhutan in 747 AD. He brought Buddhism to Bhutan. Guru Rinpoche laid the foundation for the community of Buddhist teachers and established the Vajrayana form of Buddhism that is steeped in tantric practices.

History, that takes mythical proportions, says that Guru Rinpoche made his legendary trip to Bhutan riding on a tigress’s back. He arrived in Paro at Takshang (Tiger’s nest) Monastery. Taktshang is perched on a cliff and is among one of the most sacred places in the country.

In 1616, a Tibetan Lama (Buddhist master) from the Drukpa school of Buddhism, as prophesied, travelled to Bhutan. Zhabdrung Ngawang Namgyel united the country, defeating various other religious heads that ruled the country, bringing them under his control. He established the dual system of governance-the religious and the secular. He constructed dzongs (fortresses) and monasteries that became the seat of the monk body and the government that even today dots the expanse of the country. Read more.....